Some of the biggest names in the music industry have risen and grown up despite any backing or support to become the most sought after and popular stars ever known in history, powered by their explosive talent, and hard work, they have gone ahead and won a million hearts. One such example of a talented music artist-performer is YB Stainz. He has grown into a fine artist who specializes in rap, dancehall, singing and song writing. His releases, today, tops all the major music platforms, making him stand amongst the best artists of current times. His life has not been a bed of roses and he has had to fight all odds to reach the position where he stands at present. 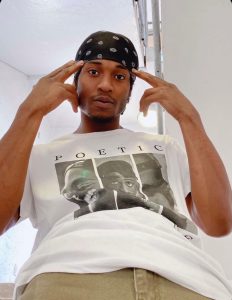 YB Stainz hails from East Toronto in Scarborough from the Malvern community, from where he moved out later to the Greater Toronto Area, popularly known as the GTA in York Region. He was inclined towards the Rap and Dancehall music since the very beginning, and was constantly thriving to achieve his mastery on it. Growing up amongst a neighbourhood which was famous for its illegal activities took the better of him, and he found himself under house arrest in the year 2015. On one such night when he was under house arrest, he had a dream, which had him making music, singing on tunes written by him. The dream had such an impact on him that he woke up with a firm decision to pursue a career as a music artist and started giving his blood and sweat to achieve that goal of making it big in the big world of music. He says “The dream was like a sign from the almighty, that this is what I am meant to do in my life, and I had to leave my troubled past, and look forward for a better future”.

His hard work and efforts paid off, and today YB Stainz is a known name in music circuits. His songs, ‘You Gotta Get Your Knowledge Up’, ‘Big Dreams’, & ‘Ten Toes Down’ which have hit the chartbusters are proof enough to show that he has indeed arrived into the music arena with a bang.

Catch up with YB Stainz on his Instagram handle – yb.stainz or visit his website www.ybstainz.com to know more about his upcoming releases.