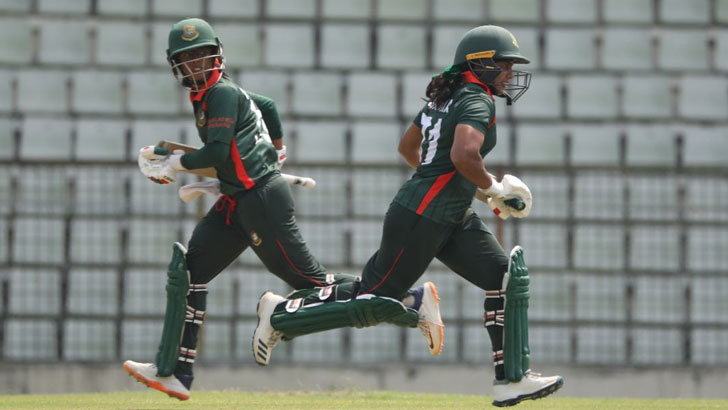 Bangladesh women’s cricket team won the second consecutive ODI series in Zimbabwe. The team led by Fahima Khatun confirmed the series by winning by a huge margin of 9 wickets on Saturday.

This is the best win for women cricketers in ODI cricket. In the first match of the series, Bangladesh defeated Zimbabwe by 8 wickets.

Bangladesh bowled out Zimbabwe for 121 in 48.4 overs at Bulawayo on Saturday. Enyasha and Mupachikwa scored 35 * and 33 runs respectively for the hosts. Nahida took 3 wickets for 30 runs for Bangladesh. Former captains Jahanara Alam and Salma Khatun shared two wickets each.

Sharmin Akhter was out for 10 runs after chasing an easy target. After that, opener Murshida Khatun took the helm of the team with Farzana Haque batting in the number three position. In the second wicket, they averaged 115 runs to lead the team to victory. Bangladesh ensured victory with 153 balls in hand due to their impeccable batting. Murshid scored 51 runs off 75 balls with the help of 6 boundaries. Farzana made 53 runs off 6 balls with the help of 6 fours.