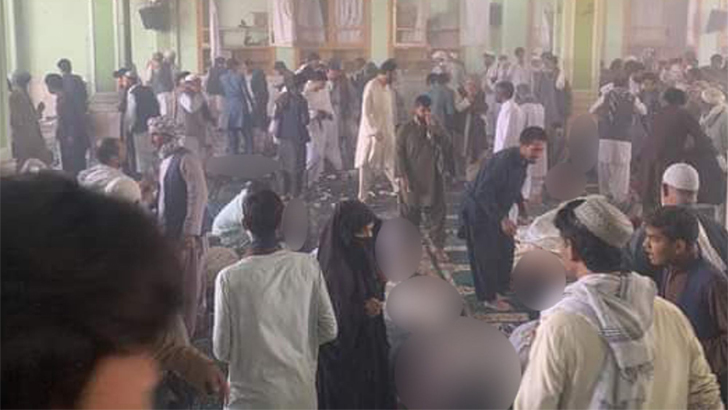 The bomber struck shortly after noon in front of a mosque in Afghanistan. The blast killed at least three people and injured 15 others. The news agency AFP reported citing hospital authorities.

The bomber struck shortly after noon in front of a mosque in the eastern province of Nangarhar.

A Taliban official confirmed the attack to AFP, saying a mosque had been blown up during Friday prayers. There were also several casualties.

A local hospital doctor confirmed to AFP that three people had been killed and 15 injured.

The Afghan branch of the Islamic State (IS) made its debut in Nangarhar in 2015. IS has been behind a series of deadly attacks in the province since the Taliban seized power in the second round in August this year. Earlier this month, 19 people were killed and more than 50 were injured in an IS attack on a military hospital in the capital, Kabul.

In addition, more than 120 people were killed in two separate attacks during Friday prayers at the country’s minority Shia mosque after the Taliban seized power in the second round.