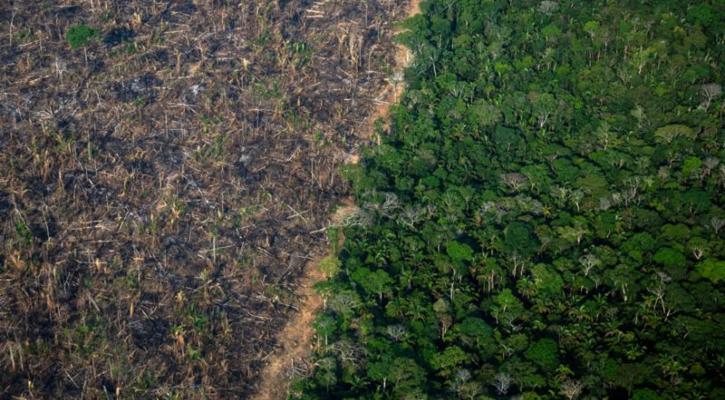 Brazil is one of the countries that has pledged new deforestation by 2030 at the Glasgow Climate Conference.

According to BBC Bangla on Friday (November 19), the level of deforestation in the Amazon in Brazil is the highest in the last 15 years.

According to a report by the country’s space research agency, deforestation has increased by about 22% in one year.

About 3 million species of plants and animals live in the Amazon rainforest. There are also about 1 million indigenous people living there. These forests play an important role in holding the world’s carbon, which is helping to reduce temperatures.

According to Brazilian government data, about 13,000 square kilometers of the Amazon rainforest were destroyed in 2020-21. This is the highest since 2006.

The country’s environment minister, Hoakim Leit, acknowledged that this was a major problem. We need to be stronger against this crime.

The BBC reports that the level of deforestation in the Amazon has increased during the reign of President Jair Bolsonaro. He also encouraged the development of agriculture and mining industry by clearing forests. He also had a dispute with the Brazilian space agency.

However, Brazil, along with other countries, pledged at the Glasgow conference that they would take new forestry measures by 2030 to prevent deforestation. The pledge includes about হাজার 1.4 billion in donations from the public-private sector. Some of this money will be given to developing countries. So that they can reduce forest damage, protect wildlife and help indigenous peoples.