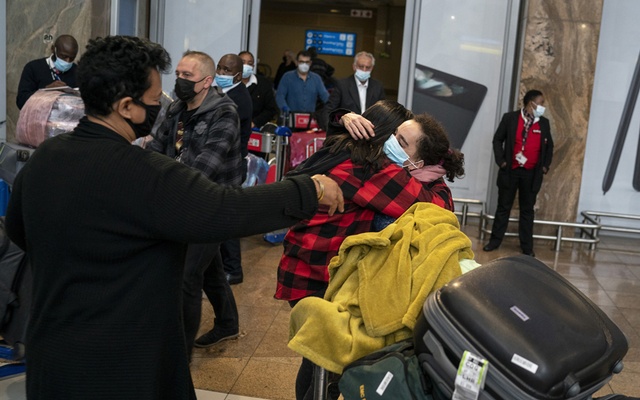 Many countries are imposing new travel bans and restrictions after the World Health Organization (WHO) announced on November 24 in South Africa. Even then, Omicron has reached at least 20 countries, according to the New York Times.

The Times reports that the spread of Omicron has raised fears that another wave of epidemics is imminent.

The National Institute for Public Health and the Environment in the Netherlands says Omicron was also found in samples collected in their country on November 19 and 23.

Medical officials in the country say warnings have been raised to prevent infection after the new strain was identified in the bodies of the two men. People who have met them recently are also being identified.

The New York Times reports that Omicron has been spreading in South Africa at the fastest rate in the world since it was first identified. By mid-November, the number of daily identified patients in 300 homes had risen to 3,000.

On Friday, a sample of 71 passengers on two flights from South Africa to the Netherlands tested positive, with at least 14 of them infected with Omicron.

On two flights arriving in Amsterdam from South Africa, samples of all passengers were tested at the airport after a travel ban was imposed on the bodies of 14 people after the ‘Omicron’ type was identified.

According to the report, coronavirus is detected in one out of every 10 people in the test. The Dutch Institute of Public Health reports that different types of coronavirus have been found in their bodies.

The company says those passengers may have been infected “through each other” and may have come from different places and sources.

As of Tuesday, no Omicron-infected person had been identified in the United States, but in Canada it was reported. News of this new type of infection has also reached the country’s media in Brazil.

According to the New York Times, researchers believe that Omicron could quickly reach all continents except Antarctica.

The first new strain of coronavirus was identified in Botswana on November 11 and was found in neighboring South Africa in a matter of days.

Scientists in the country announced the presence of Omicron two weeks after sequencing its genome. Probably the first such pattern was found in some samples on November 9.

Experts say that by examining older specimens, evidence of its spread may be found earlier.

Although the number of Omicron detections in European countries is still below 100, medical officials are finding new infections.

The World Health Organization (WHO) on Tuesday issued a “travel suspension” to people over the age of 60 who have not been vaccinated and those who are sick or at risk of health problems, a day after Omicron’s risk was reported to be “very high”.

Is it spreading fast? In response to such a question, UK Health Minister Sajid Javed said in a press conference, “It may happen, it is seen in other European countries as well. We are working to identify, it may increase. ”

In European countries, 2 million new cases of coronavirus are being diagnosed each week, more than half of the total number detected worldwide at the same time.

Infections have been recorded in Germany, the Netherlands, Belgium, Hungary, the Czech Republic, Slovakia, Denmark and Norway in the past week. At the beginning of November, the number of new infections also increased in some other countries.