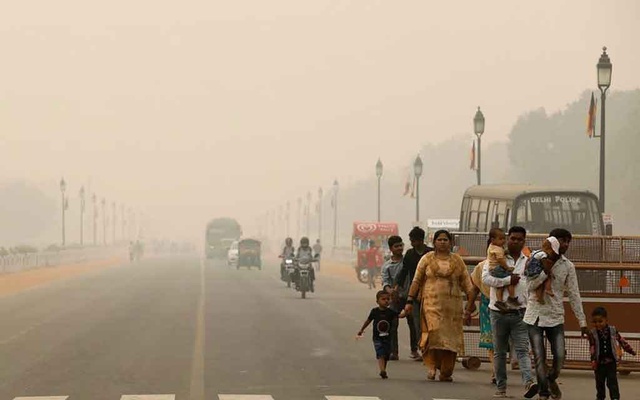 This time the horrible pollution in Delhi was 11 days, which was more than the pollution of 10 days in November 2016.

According to official data, Delhi residents did not get a single day of ‘good’ weather in November.

According to the BBC, experts have blamed hay burning and Diwali festivities in neighboring states for the horrific levels of pollution in Delhi in November.

Since the Central Pollution Control Board of India started compiling air quality data in 2015, Delhi has witnessed the highest level of pollution during this period.

The founder of SAAFAR, an air quality forecasting company, Dr. Gufran said it was too late to burn the crop due to the delay in the rainy season and Diwali was in November.

“This is the main reason why air quality is the worst in November this year compared to last few years,” he said.

According to the US space agency NASA Satellite, 90,984 fires were reported in Punjab, Haryana and Uttar Pradesh from October 1 to November 26.

This is the highest number of fires in five years, according to a report by the Council on Energy, Environment and Water (CEW). Moreover, the air quality in Delhi has deteriorated due to people ignoring the ban and celebrating Diwali with fireworks.

Indian farmers work hard every year to cultivate new crops. It pollutes the air. Although burning of crop stubble is prohibited to maintain air quality, its application is not proper.